Nominated for 70 ‘Game of the Year’ Awards, the NBA 2K franchise returns with NBA 2K15, our most true-to-life NBA experience yet. Featuring NBA MVP Kevin Durant on the cover and an eclectic soundtrack curated by internationally-renowned artist and producer Pharrell Williams, NBA 2K15 hits the court with unprecedented life-like graphics, ultra-realistic NBA gameplay, and more. It’s up to you to claim your destiny.

Nominated for 70 ‘Game of the Year’ Awards, the NBA 2K franchise returns with NBA 2K15, our most true-to-life NBA experience yet. Featuring NBA MVP Kevin Durant on the cover and an eclectic soundtrack curated by internationally-renowned artist and producer Pharrell Williams, NBA 2K15 hits the court with unprecedented life-like graphics, ultra-realistic NBA gameplay, and more. It’s up to you to claim your destiny. 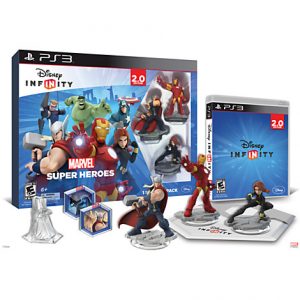 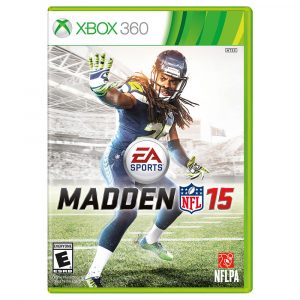 Madden NFL 15 transforms you into your rival’s worst nightmare with a new breed of defense built to challenge the best offenses in the NFL. An all-new intuitive tackling system and improved coverage logic make defense exciting and fun to play. Learn and hone your skills in the Gauntlet, an all-new mode in Skills Trainer that will take your new abilities through the ultimate test in intense conditions and challenges. Whether building your legacy in Connected Franchise or a dynasty in Ultimate Team, it’s not just football, it’s Madden Season! 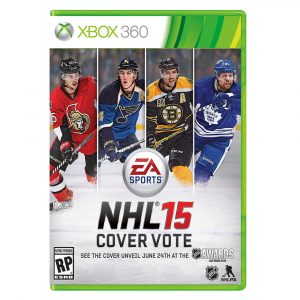 NHL 15 is the start of a new generation of hockey video games, where the sights, sounds and feel of the fastest team sport on the planet come to life in a way you’ve never experience before. In short, NHL 15 changes everything.

True Hockey Physics – For the first time in any sports game, real-world physics affects every player through every on-ice collision with the new 12 Player NHL ® Collision Physics. Completely rebuilt Real Puck Physics result in a more realistic feel to every puck interaction. Everything on the ice, including the ice surface itself, is live which leads to the unpredictable and authentic puck spins, rolls and bounces seen in a real NHL game.

The Next-Generation Hockey Player – The Next Generation Hockey Player has been rebuilt from the ice up using Authentic Player & Equipment Models which has three distinct layers – the body, equipment, and jersey. Each layer interacts independently, making every contact with the puck or other players even more realistic. Combined with Unprecedented Player Likeness NHL 15 delivers groundbreaking player likeness, emotion and animation.

Superstar Skill Stick – Now all the tools of an NHL superstar are in your hands. The revolutionary Skill Stick has evolved to give even more control to the player. Protect the puck, receive passes without breaking stride, and discover an arsenal of sweet new dekes, all with an intuitive right stick control scheme that is easy to use but packed with depth.

NBC Sports™ Broadcast Package – Witness the sights and sounds of authentic arenas across the National Hockey League, as 9,000 individual crowd models – the most ever in a sports videogame – hang on every play called by an all-new three man commentary team. In addition, a new partnership with NBC Sports™ brings a world class broadcast package to the game. 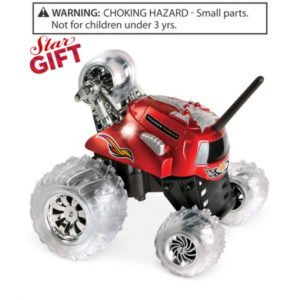 With its flashing lights and super stunts, the Platinum Collection Thunder Tumbler is a true force of nature. Watch in amazement as you control the vehicle’s every move, from gravity-defying flips and spins to complete 360 degree turns with the full-function remote control. This versatile RC car is available in 2 frequencies, for the ultimate in racing fun.
not rated $9.99 Buy product

Order now to receive a bonus $50 Gift Card.
* While supplies last. Items in main image may change or become unavailable.
The PlayStation 4 Gaming Console is the best place to play with dynamic, connected gaming, powerful graphics and speed, intelligent personalization, deeply integrated social capabilities and innovative second-screen features. Combining unparalleled content, immersive gaming experiences, all of your favorite digital entertainment apps, and PlayStation exclusives, the Playstation 4 Console (PS4) centers on gamers, enabling them to play when, where and how they want. This PlayStation game console enables the best game developers in the world to unlock their creativity and push the boundaries of play through a system that is tuned specifically to their needs.

When it’s time for your little one to enjoy a ride on the open road (or open floor) then it’s time for the Disney by KidTrax Doc McStuffins Ambulance. This purple four-wheeled machine goes 2.5 miles per hour in forward and reverse. The emergency flashing sirens and lights tell everyone at home who’s coming down the hallway.

They’ll feel like the life of the neighborhood with the Disney Doc McStuffins Ambulance, decorated in bright, colorful decals and purple plastic. Doc is never far away with the traction-strip tires and 6V battery keeping them rolling. Don’t worry about the battery going dead either; Direct Connect makes charging easy and hassle-free. Built for ages 3 and up, this little car holds up to 60 lbs. and is ready to roll when they are. 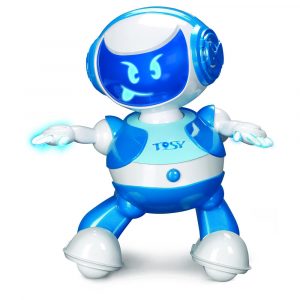 Dances to Your Beat-DiscoRobo uses the latest beat detection technology to feel the music and dance along. It can also move to other sounds such as drum beats, clapping, and footsteps. Use the included head spinner accessory and watch as your DiscoRobo spins on his head! With 56 amazing moves and eight fun facial expressions, the DiscoRobo is sure to be a hit at your next dance party!-More Interaction, More Fun-Use the free DiscoRobo Chat app to chat with your robot directly. You can also guide its movements with your device’s camera. Even choreograph DiscoRobo’s dance steps to your favorite music! Smaller kids can also interact with DiscoRobo using a TV remote – how cool is that?